Welcome to my very own website and blog! I've decided to head in this direction to share more about me and my travels. Ever since I left my hometown of Mildura and headed for sunny Queensland, I’ve had a camera and have always been on the look out for the next adventure ready to explore and photograph it.

I’ve recently finished up as an accountant (a job I held for almost 14 years) to follow this dream and see where it takes me. With a little nudge and a huge amount of support from my partner Em (@theejpalmer) and my family I'm now a full time photographer and social influencer.

Since I started on Instagram almost 3 years ago I've focussed on photographing the things I love the most - beaches, islands, reefs and the ocean. There are so many different types and styles of photography out there but I’ve chosen these elements because that's what I love and that's what gives me the most enjoyment. It's what I'm passionate about and hopefully that shows through in my images. 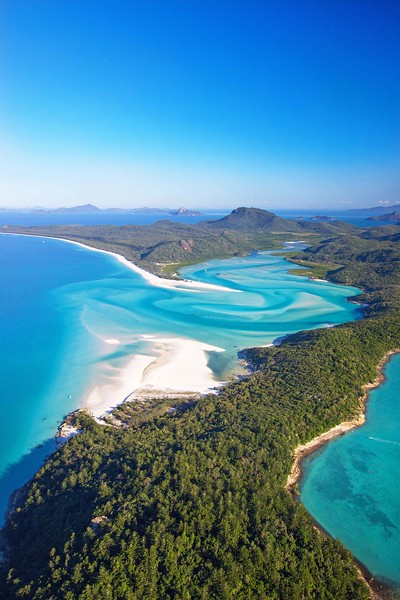 This passion has led to some amazing opportunities. Within 12 months of posting my first photos on Instagram a few things started to pop up, the most notable being invited as a guest host of Queensland's Instagram account.

I was invited to showcase the Gladstone region, my home at the time.  It was a huge honour but also very daunting- I wanted to make sure I had some fantastic shots of the region to try and do the natural beauty of the area justice. With this in mind I booked a day trip to Lady Musgrave Island.

Shortly before this trip I'd bought a dome to use with my GoPro. This dome helps capture images of above the water and below the water in a single shot. I'd seen some phenomenal wave photos captured with these domes so I was keen to try and replicate them. This proved to be a little trickier than I first imagined, the main reason being Gladstone very rarely gets any waves!  After the initial disappointment of not being able to get these under/over wave shots I had an idea that I thought I would try out at Lady Musgrave Island. I wanted to see if I could capture images of fish/coral/ sealife under the water and a boat/island above the water.

I spent the day at Lady Musgrave trying these out. I spent around 5 hours in the water that day and all the while not knowing if any of the images had worked. Back then the GoPro HERO 3+ that I was using didn't have an lcd screen so I was shooting blind and just hoping I was able to get 1 or 2 useable shots.

I got back to the hotel that night and madly uploaded the photos onto my computer to see how it had all done. To my surprise the images worked out quite well and the next morning I uploaded my first under/over shot to Instagram. It performed extremely well and after posting another couple of under/over shots during the next week these images were being featured regularly by other much larger accounts including Tourism Australia. This was a real light bulb moment and I quickly built a reputation for taking these types of photos.

It's been an unforgettable journey since that point. I've gone from guest hosting the Queensland Instagram account to travelling overseas to promote cruises to idyllic tropical places like Papua New Guinea through to swimming with sharks and seals on the Sunshine Coast!

In upcoming blogs I'll share more on the different destinations I've visited, the equipment I use and the organisations that have helped me along the way and also some of the great photographers who I'm honoured to now call friends. It's hard to believe that all of this came about from a camera and an app!

Feel free to take a look around my website and send me a message with any questions you might have!